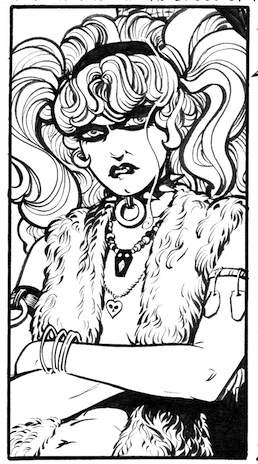 These entries are meant to compliment the on-camera video flip-through (TOP) I did with Tom Hart for the unfinished relaunch of my highly personal Mara comics series. At first we thought we might edit in close-ups and images from the artists that influenced me, but it seemed that a better treatment was to write accompanying blogs so the viewer can perhaps come in closer, or at least spend more time with the images I want to spotlight.

Before even going into the first page of the new Mara, I spent some time discussing “Classic Mara,” if something as utterly ignored and low-selling as my Mara can ever be considered “classic.”

Regardless, that old Mara project came from the heart, and it kept me “sane,” and drove me nuts at the same time… and kept me poor. But I felt I had something to say then, and then I thought it was important. Now, I have something to say, but being older… I no longer suffer from the delusion that it will be in any way “important.” As I often say, “I wanted to leave a mark, but I fear all I’ve left is a stain.” What kept me doing it even while it was being so utterly dismissed was that I had never seen anything like it. In other words, as familiar as I was with Exploitation Cinema, eroticism, and comics in that style, nothing sated my thirst, ONLY Mara did that. My unique vision was what kept me going.

Here she is, good old Mara! The image below was done about the time I had begun to burn out, it’s hard to believe now, but I abandoned this page because I thought it was lousy… 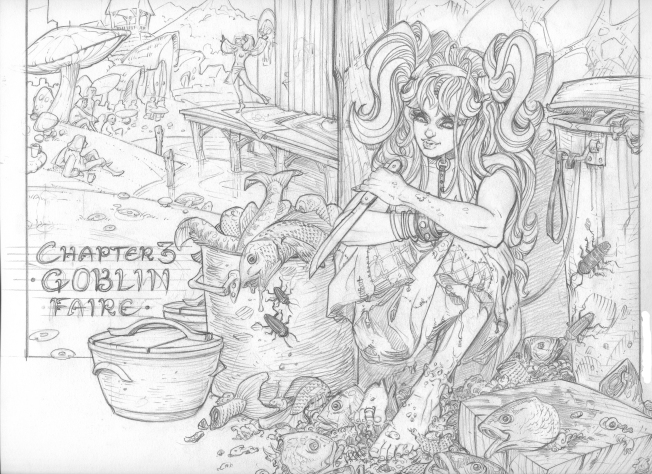 I found the image below, and while it is not what I experienced, it came far closer than anything else I have seen. But imagine if the image below were in motion, the colors rotating, luminesce, and wholly immersive. All I could find to credit the artist was that it was done by “Beacon.”

I think if you look at the 2nd panel of the first page you will see that I did a variation on this image, but chose to reference the trunk of the Hindu deity Ganesh. Also note the floating circles and how they pan across all 6 of the lower panels. 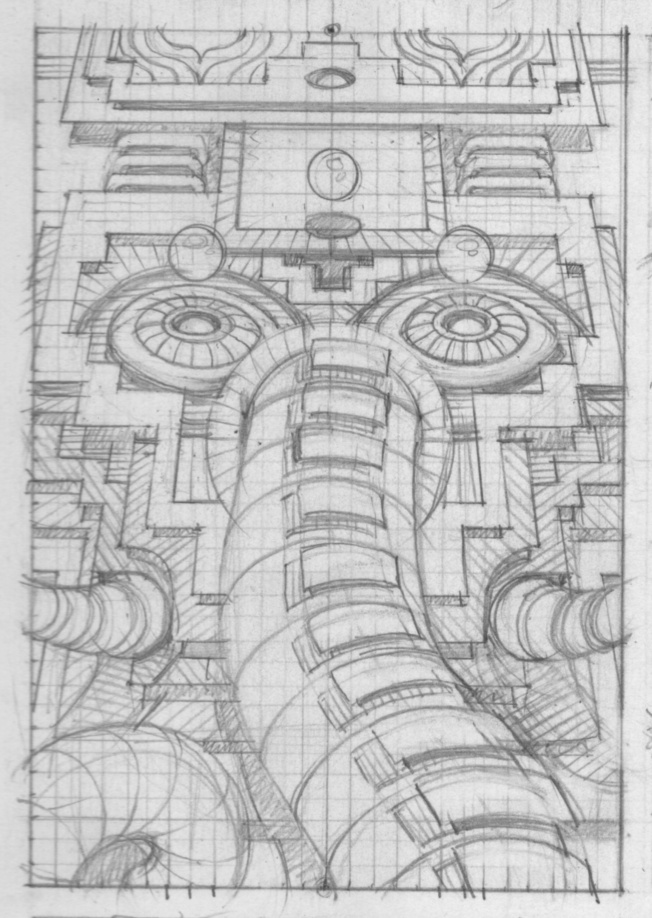 The grid underneath was intended to help me maintain symmetry, but I am thinking I might ink it in, it seems now to be a part of the drawing.

I was asked just yesterday if the DMT experience changed me for the better or for the worse. I stammered, and had to say that every action comes with consequences, some could be seen as positive, some as negative. All I know is that the changes have been profound and utterly irreversible. What I have learned from DMT has expanded me, and somewhat frightened me, it’s not something that should be undertaken lightly. Was it for the best or for the worst? I don’t know, but I don’t regret it.

And, last but not least, to help me make this dream come true, to help bring these visions and fantasies to light, become a patron of the arts: https://www.patreon.com/barefootjustine