As Mara goes deeper and deeper down into her own self, her own struggles, and her understanding of her world, I guess it’s about time to go deeper about where her world, and in fact, mine, came from.

It was a long time ago, I picked up a copy of Warren’s “1984,” an uncommonly good issue, but two things really stood out, Frank Thorne’s “Ghita,” and Jose Gonzalez’s “Herma.” I was a really young artist when I found this, and this single magazine, probably as much as seeing the Hobbit in 4th grade, then later Star Wars, influenced me in a truly life changing way, it game me an artistic vision. When I saw those two masterpieces of exploitation and fantasy comics… I KNEW exactly what I wanted to do.

Needless to say, it seemed a miracle to me years later when I was headed to Frank Thorne’s studio to finally meet and talk with one of the artists who changed my life. Example below is scanned right from that ragged old copy of “1984.” 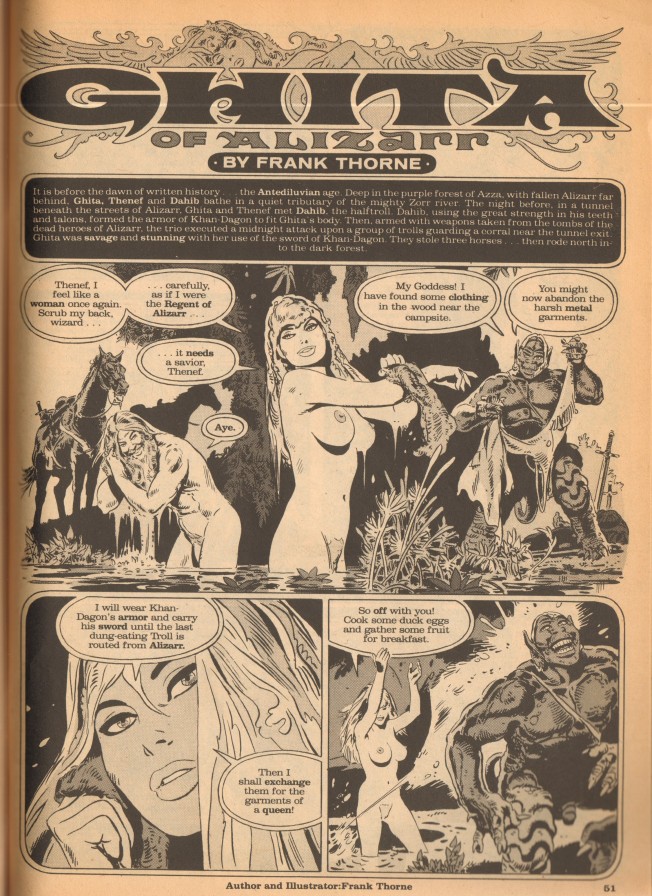 I managed to set up a meeting with Frank thanks to my fearless pursuit of mentorship. Fantagraphics had sent him some Mara to look at before they decided to pick up the series, and Frank sent back a bunch of notes and even some overlays in which he drew over my drawings to show me where I had gone wrong. These overlays were revelatory, but so was the fact that Fantagraphics had forgotten to black out Frank’s address and phone number, so, I called him. Immediately he let me know that any time I was in Jersey, I could stop by. Immediately I began planning a drive from Ohio to New Jersey, and through a raging blizzard, made my way to Frank Thorne’s studio… life and art changing event.

No less influential, and you’ll see this as you look at a lot of these images where Mara is descending stairs, was Jose Gonzalez’s exquisite “Herma,” though I never met Gonzalez, his work has had a profound influence over me, and below, again, is a scan from that very same ragged copy of “1984.” And if you look at the past couple pages, and pages to come, you’ll see the influence of his backgrounds in my work. 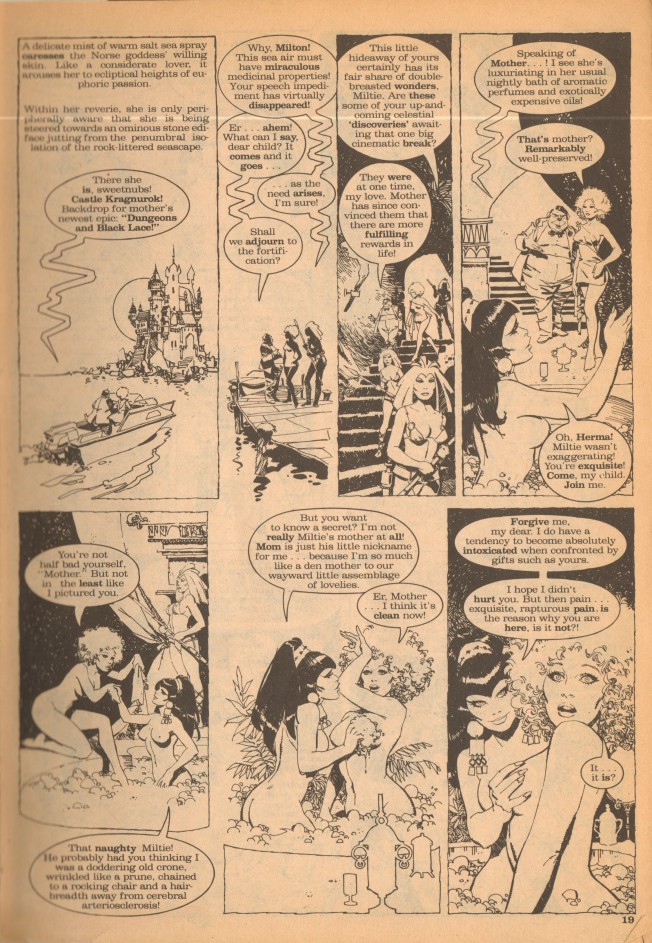 Oddly, as I have begun the inking process, I have been slowly draining those influences from the work and allowing my style to dominate… this I had not seen coming, but I am pleased at last to be happy enough with my own style to be allowing it to overcome the love of my influences.

If you love what you are seeing, please note that I am creating these pages with a return of NOTHING, so I am seeking patrons. Monthly patronage would really help this project come along, and my patrons get all manner of cool exclusives: https://www.patreon.com/barefootjustine